Gibraltar Real Estate Capital is led by an experienced senior management team with substantial operational, development, legal, and financial knowledge, and is supported by a talented group of professionals with a variety of skills and expertise. This vertically integrated structure allows Gibraltar to effectively identify and evaluate opportunities, and provide value to our sponsors. As former builders and developers, we internally underwrite each transaction and perform our own due diligence - analyzing the market, researching comparable communities, and substantiating pro forma assumptions. 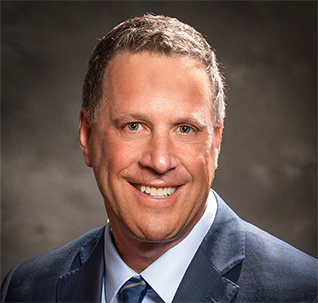 Roger co-founded Gibraltar in 2010, utilizing his experience in legal workouts and homebuilding operations to create a platform initially to take advantage of distressed real estate opportunities. Under Roger's leadership, Gibraltar has since evolved into a dynamic investment platform with the flexibility to capitalize on a variety of financing structures, as well as direct acquisition opportunities.

Roger Brush joined Toll Brothers in 1993, leveraging his background as a workout attorney to purchase residential acquisition & development loans from financial institutions and the Resolution Trust Corporation and to convert them to real property. Subsequently, Roger was actively involved in many of Toll's homebuilder acquisitions as well as participating in much of Toll Brothers' organic expansion into new markets through market analysis and land acquisitions. While working in Toll operations, Roger gained “boots on the ground” experience in land acquisitions, entitlements, improvements, construction, sales and marketing, ultimately becoming a Group President, overseeing a number of Toll's homebuilding operations across the country. Roger also led the formation and sale of Toll Brothers' broadband subsidiary - Advanced Broadband. Prior to joining Toll Brothers, Roger was an attorney at Klehr, Harrison, Harvey, Branzburg and Ellers, a prominent Philadelphia, PA law firm. Roger received a B.A. from Tufts University and a J.D. from Temple University School of Law. 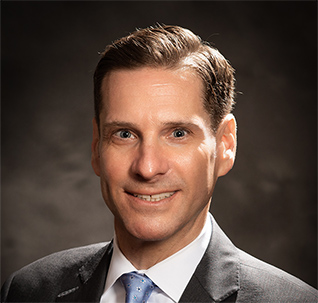 Michael co-founded Gibraltar in 2010, using his finance and transactional background to help build a successful opportunistic real estate investment platform. Michael's responsibilities include co-management of investment origination and underwriting, oversight of finance, budgeting and reporting functions, and serving as a liaison for Gibraltar's joint venture partners.

Michael joined Toll Brothers in 1999, and served as its Vice President – Finance prior to Gibraltar's formation. In that capacity, Michael was responsible for leading the valuation, due diligence, structuring and execution of various strategic transactions for Toll Brothers, totaling approximately $2 billion. These included homebuilder acquisitions, land banking transactions, land development, high-rise and homebuilding joint ventures, project-financed debt, and dispositions of non-core land holdings. Previously, he held positions with United Waste Systems and PriceWaterhouseCoopers Securities, serving in both a corporate and advisory capacity in the acquisition of over 70 companies in various industries, and in raising debt and equity through private placements and public offerings. Michael received an M.B.A. from the University of Chicago - Booth School of Business and a B.S. in Finance from Syracuse University. 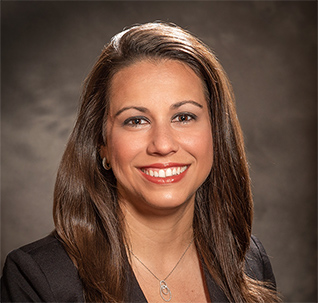 Janelle serves as Counsel for Gibraltar overseeing all legal matters arising from the acquisition or financing of new residential land investment opportunities including land banking, loan, and joint venture structures. She provides legal guidance and direct assistance to the Gibraltar team with respect to all investment transactions and asset management.

Janelle also coordinates with and manages local counsel in the performance of due diligence reviews, asset acquisitions, litigation matters, and general disposition strategies.

Prior to joining Gibraltar, Janelle practiced law in the Northern Virginia / DC area, where she represented lenders and business entities in the practice of finance and real estate law. She also dedicated a portion of her practice to advising clients regarding corporate governance and regulatory compliance with privacy, consumer protection, marketing, and finance laws at both the federal and state levels. Janelle received a B.A. in political science from the University of Chicago and a J.D. from George Washington University Law School. 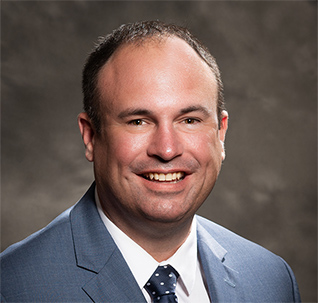 Prior to joining Gibraltar, Brian gained extensive land entitlement and development experience working with two national homebuilders throughout the Mid-Atlantic. In these positions, he was responsible for contracting and managing professionals to obtain entitlements in New Jersey, Pennsylvania, Delaware and Maryland. Brian also developed expertise in creating development budgets, bidding out and contracting site work activities as well as managing site development activities. Overall, Brian has been responsible for the entitlement, development and/or disposition of over 5,000 lots. Brian received a M.S. in Planning from Clemson University. 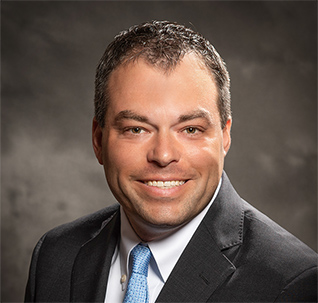 Prior to joining Gibraltar, Graig gained substantial deal origination and asset management experience with two well-respected private equity firms that focused on for-sale residential opportunities across the country. Graig oversaw several homebuilder entity investments giving him invaluable insight into the operations of growing homebuilding companies. Graig also originated and oversaw land development and homebuilding project joint venture opportunities in Texas and throughout the East Coast. Graig earned a B.A. in Finance from Cedarville University and an M.B.A. from Liberty University. 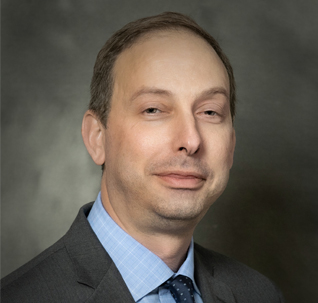 Prior to joining Gibraltar, Dan was the Controller at Parkway Corporation, managing a team of over 20 employees with responsibility for all facets of financial reporting on a monthly, quarterly and annual basis. Prior to that, Dan was a Corporate Accounting Manager at Pennsylvania Real Estate Investment Trust, where he was responsible for reconciling the corporate books, as well as assisting in preparing quarterly and annual filings with the SEC. In both of these positions, Dan led the implementation of third-party software for accounts payable, as well as custom modules for each respective company's ERP. Dan earned his B.S. in Accounting from Penn State University. 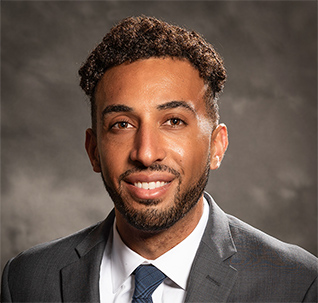 Prior to joining Gibraltar, Andrew was a senior acquisitions associate for HAS Capital where he underwrote and executed over $70 million in private equity investments in manufactured housing across North America. Prior to HAS Capital, Andrew was a senior manager for Citi Private Bank's Legal Industry Advisory team and conducted financial performance consultations with law firm leadership groups that focused on improving profitability in the face of external pricing pressure and a stagnant industry demand growth environment. Andrew earned a B.A. in Philosophy, Political Science and Economics from the University of Pennsylvania and an M.B.A. from the University of Chicago Booth School of Business. 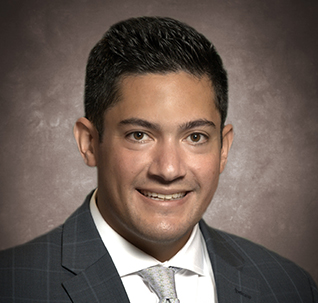 Parker is a manager responsible for sourcing, analyzing and executing on new residential investment opportunities.

As part of the acquisitions team, Parker performs real estate valuation and project feasibility analysis, conducts comprehensive market research, and prepares due diligence materials and investment memos for Gibraltar's senior leadership team and Investor Committee. In addition to his underwriting responsibilities, Parker also supports business development initiatives, helping Gibraltar to identify new opportunities and expand its investment footprint. Prior to joining Gibraltar full-time, Parker interned with Gibraltar Real Estate Capital as a Summer Analyst and with CBRE in their Capital Markets Group. Parker received a BBA in Finance from Temple's Fox School of Business and Management. 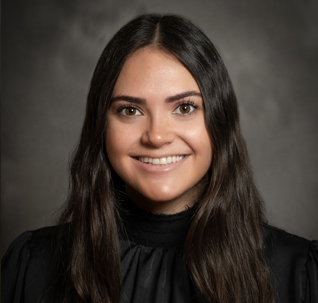 As part of the finance team, Emily engages in financial modeling, due diligence, preparation of investment memos and presentations, and oversees various ad hoc projects and analyses. In carrying out her duties, Emily works closely with Gibraltar's accounting, business development, asset management and legal teams. Emily received a BBA in Finance and Real Estate from the University of Wisconsin-Madison. 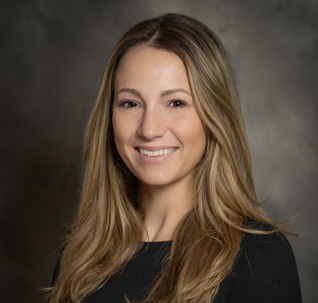 Laura is an Associate Manager with asset management responsibility for existing investments, including reviewing land development activity and maintaining project budgets and cash flows. She also participates in the due diligence review of new investments, with a focus on entitlements, engineering and land development.

Prior to joining Gibraltar, Laura was an active transportation engineering designer for NV5, where she prepared construction plans for multi-use trails, erosion and sediment pollution control plans, stormwater management plans, and traffic impact analysis reports. Prior to her time at NV5, Laura worked as a highway designer at Urban Engineers, where she prepared Traffic Impact Studies for intersections throughout Philadelphia, as well as performed engineering design services for the Pennsylvania Turnpike Commission's $300 million Northeast Extension Rehabilitation Project. Laura earned her B.S in Civil Engineering from Temple University and her M.S. in Engineering Management from Drexel University.

read more
back to top